HOW TO SAVE ON SUPERMARKET EXPENSE
But let’s go in order, and see, point by point, what are the unmissable tips for not wasting money, time and quality of products when shopping at the supermarket.

It is very useful to prepare a list according to real needs and consumption. Do not leave the house, do not rush to the supermarket, without first having written a list of real needs. The classic shopping list. If you don’t have it behind you, you can swear a mathematical certainty: you will make excessive and even useless purchases. And maybe you will forget to buy just what you need.

Avoid shopping on an empty stomach! It seems trivial, but it is another certainty also studied on a scientific level: if we are hungry, the tendency to purchase food products of any kind increases. Even when we don’t need these products. Conscious spending is not only good for health, but also for the wallet.
It is important to stop and read the labels to select the best quality products. Don’t be enchanted by advertising slogans, colors, persuasive packaging. Focus on a goal: product labels. If you start from this point, you will have no surprises, and once you have discovered the true characteristics of a product you can always buy it in peace.
Bring your glasses with you to read closely: the most important things are always written in small print.
The envelopes from home: very good ones in canvas, very resistant. Alternatively, reuse the eco-shoppers accumulated at home. Don’t waste money buying new polluting containers that accumulate relentlessly at home.
Choose the markets and supermarkets where you can find variety and fresh, seasonal produce from the area. Avoid pre-cooked and pre-packaged foods: unhealthy and sometimes very expensive.
Don’t discount the discount: as the author of Discount Or Die has already explained, Discount food is excellent, you just need to know how to choose. Don’t forget that discount stores can afford competitive prices because they have lower operating costs.
Watch out for promotions. Every day supermarkets do promotions. But the trick, which leads to waste, is simple: some are true, others false. It’s up to you to choose and don’t be fooled. Also, keep in mind that promotions are used to inflate your shopping bag So: don’t fall into this deadly trap.
Finally, if possible: produce as much as possible. Preparing pasta, bread, desserts, preserves and jam at home will allow you to avoid buying pre-packaged, healthy food products in a healthy and balanced way and greatly reduce your impact on the environment.
SUPERMARKET OFFERS APP
And in order not to waste money, we also help technology: here are the apps to save on grocery shopping.

MyVolantino. Both on the web and from the app it is possible to browse the promotional flyers divided by category, from large-scale distribution to electronics, from travel to children’s products. The flyers are localized, so they refer to the offers active in your area and you can browse, organize in your favorites or you can send them from smartphone to PC to improve viewing.
Where is it? Through the GPS the app locates the user and indicates the nearby shops, crossing offers with vivinanza (very useful to save money and time).
Super Savings. It starts from the shopping list, which is repeated week after week always similar to the previous one. The app allows you to identify individual products at the most convenient price, or you can consult flyers or do research on individual supermarkets.
MenoPercento. The service geolocates the conventions related to membership cards, payment cards, loyalty cards, meal vouchers. The user can discover through the app where and when to use his cards, with what advantages and/or savings.

It’s crazy, but you wouldn’t believe the amount of time and effort that goes into the layout of a supermarket – all with the intention of encouraging you to spend more cash.

Here are just a few of the ways they get you:

• Playing slow music to make you feel less rushed and happy to spend more time (and money!) in store

Some supermarkets have even been known to lay smaller floor tiles along the aisles that have more expensive stock, so the sound of your trolley wheels speeding up will encourage you to slow down and spend longer looking at the shelf items – mindblowing stuff, right?

Bogus BOGOF deals
supermarket buy one get one free

The classic buy-one-get-one-free offer is a popular one (even universities have started offering it on tuition fees!). But while real BOGOF deals can be a steal, too often these offers are extremely deceptive and not actually a good deal at all.

We’ve even seen situations where supermarkets have hiked the price of the item during the BOGOF deal, meaning it’s actually cheaper to look for the same item not included in the promotion.

Take your time, look at individual prices and compare before you put something in your basket.

Some multi-buy offers – where you’re told that you’ll save by buying in bulk – can’t be considered ‘offers’ at all.

While they won’t cost you more, they often won’t save you anything either, meaning you’ve just been tricked into buying way more of a product than you intended to.

For example, you might come across offers such as ‘3 for £3’ when the item is individually priced at £1 each anyway.

These marketing tactics are designed to psychologically trick your brain into thinking you’ve got a good deal by getting more for your money, even if you don’t need (or want) it.

When walking around your supermarket aisles, it’s likely you’ll be inundated with lots of brightly coloured signs for ‘top deals’, ‘lowest prices ever’ or other not-to-be-missed deals.

While these are supposedly products that have been reduced to a cheaper price than normal, we recommend having a good look at what the original price of the item was.

Research has found that many of these so-called ‘deals’ had been the same price for six months, while others had actually increased in price!

A recent BBC investigation found that Tesco has been particularly bad at keeping their displays up to date, leaving promotional branding up after deals have already ended.

The result of their experiment was that they were overcharged for their purchases at 33 out of 50 stores they visited! We’re sure Tesco aren’t the only offenders, either.

Make sure you always check your promotion has been deducted at the check-out, and if not, show the display to a manager and ask customer services for your money back. Some supermarkets will even pay you double the difference as a peace offering!

The fancy packaging of that ‘high quality’ bacon can convince you it’s going to be much nicer, but will you really be able to taste the difference?

The packaging on supermarket premium brands is designed to tempt you into parting with those few extra pennies, but in reality, your extra cash is mostly just used to cover the cost of said fancy packaging.

Downshifting your weekly shop to value brands can save you up to £520 a year. Imagine what you could buy with that!

STS reader David Hamilton, from the University of Sunderland, also suggests staying clear of the ‘to go’ sections:

Never buy food from the food-to-go section as they have the same food in much larger portions at a cheaper price in other areas of the supermarket. For example, pasta pots might be £2 for a small tub but in the main shop they’ll have a pot double the size for £1, but maybe without a fork included.

Thanks to wholesale supermarkets, it has been drilled into us that buying bulk-sized products over smaller items will automatically involve a saving.

Buying a massive tub of butter rather than a small one can seem like a good deal – by getting a larger amount in one go, you’re saving on expensive packaging, right? But some supermarkets take advantage of that assumption and will price the larger tub higher than two smaller tubs which combined have the same weight.

They’ll often also make it tricky to work out the weight-to-price ratio by labelling one product in grams and another in kilograms to throw you off.

This might totally go against your best instincts, but while packaged goods do normally cost more than loose items, this isn’t always the case.

Supermarkets rely on the fact you think this way, and will often make comparing items confusing. This is particularly the case with fresh produce like fruit and veg. For example, packaged cucumbers will be priced per item, while the price for loose ones will be displayed in grams.

Unfortunately, supermarkets use tricks when you’re food shopping online too – nowhere is safe!

For example, you’ll already be well acquainted with the sidebars they use to bring up similar items they think you might be tempted to part more cash on, but you’ll almost never see value brand items in there.

Also watch out for the ‘allow substitutes’ box – checking this means that they can change parts of your order if they’ve sold out, and replace it with something else.

Some people report being given more expensive items as replacements and only being charged for the cheaper version (neat!), but some have been known to throw in a more pricey replacement and charge you extra.

If you notice that something has been substituted when your delivery arrives, some supermarkets will let you refuse it at the door and have the driver return with it for a full refund.

The smartest move here would be to contact the supermarket customer service and find out what their policy on this is.

You don’t have to treat food shopping like a SAS mission, of course, but by being savvy to supermarket tricks you can watch out for duff deals and save yourself a few quid!

The chain operates 21 stores throughout both Michigan and Indiana. Most stores include a deli, bakery, produce, meat and seafood department, among the traditional grocery and non-edible aisle 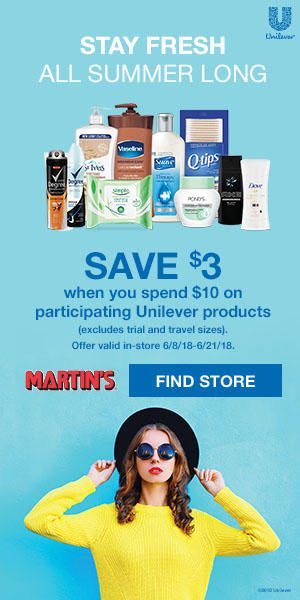 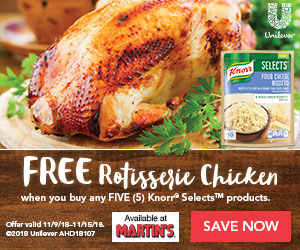